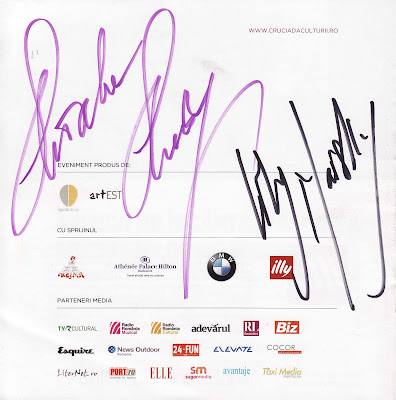 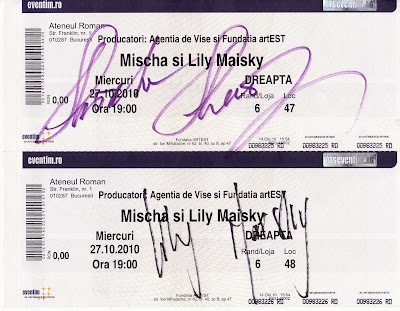 Mischa Maisky (Latvian: Miša Maiskis; born January 10, 1948 in Riga) is a Soviet and an Israeli cellist.
Maisky was born as the younger brother of organist and harpsichordist Valery Maisky (1942-1981).
He began studies at the Leningrad Conservatory and later with Mstislav Rostropovich at the Moscow Conservatory whilst pursuing a concert career throughout the Soviet Union. In 1966 he won 6th Prize at the Moscow International Tchaikovsky Competition. While his debut, at 17, with the Leningrad Philharmonic Orchestra earned him the nickname "Rostropovich [the late, great Russian cellist] of the future", it was in 1966, as prize-winner of the prestigious International Tchaikovsky Competition, that he really started getting noticed. He entered the famous Moscow Conservatoire to study with Rostropovich and was quickly taken under the great musician's wing. He emigrated to Israel in 1971, where he holds citizenship. He also studied for a time with Gregor Piatigorsky in Los Angeles. He currently lives in Belgium.
In his performing and recording career, Maisky has worked in long-standing partnerships with artists such as the pianists Martha Argerich, Radu Lupu, and Sergio Tiempo, the violinists Gidon Kremer and Janine Jansen, and the conductors Leonard Bernstein, Zubin Mehta, Vladimir Ashkenazy, Daniel Barenboim, and Giuseppe Sinopoli. Maisky's friendship with Argerich has led to many performances together, such as the world premiere of Shchedrin’s double concerto Romantic Offering in 2011 in Lucerne, Switzerland.
As a Deutsche Grammophon artist during the last 25 years, he has made over 50 recordings, including many with such orchestras as the Vienna Philharmonic, Berlin Philharmonic, London Symphony Orchestra, Israel Philharmonic, Orchestre de Paris, Orpheus Chamber Orchestra and Chamber Orchestra of Europe. Mischa Maisky has the distinction of being the only cellist in the world to have studied with both Mstislav Rostropovich and Gregor Piatigorsky. Rostropovich has lauded Mischa Maisky as "... one of the most outstanding talents of the younger generation of cellists. His playing combines poetry and exquisite delicacy with great temperament and brilliant technique."
In 2003, he performed at the St.Petersburg Symphony Hall with that orchestra during the celebration of 300 years of music at St. Petersburg, was warmly received to much applause, repeated called back for bows with the orchestra.
Maisky's daughter Lily Maisky, born in Paris in 1987 and raised in Brussels, is embarking on a career as a concert pianist. Maisky's son Sascha Maisky, born in Brussels in 1989, is starting on a career as a concert violinist. Lily and Sascha have performed piano trios in public with their father. Maisky also has two other sons Maxim and Manuel.


Lily Maisky (born July 28, 1987 in Paris) is a classical pianist. She is the daughter of cellist Mischa Maisky.
Maisky began playing the piano at the age of four with Lyl Tiempo and studied with Hagit Kerbel, Olga Mogilevsky, Valeria Szervansky, Ilana Davids and Alan Weiss.
She was a pupil at the “Purcell School of Music” between 2001 and 2004, where she also studied jazz piano.
Concert appearances have taken her throughout Europe as well as the Far East, and she has performed at many renowned festivals including Verbier Festival, Progetto Martha Argerich, Schlesswig Holstein, Julian Rachlin and Friends and the International Kammermuziek Festival in Utrecht.
Maisky features on several Deutsche Grammophon and EMI recording releases, and has been frequently broadcasted on European and Asian radio and television. She enjoys playing chamber music as well as solo piano and forms a regular duo with Mischa Maisky.
"Lily Maisky played with grace, vigor and composure proving how well rounded a musician she is (...) in true Russian style the Maiskys played expressively and it was enthusiastically received by the Edinburgh audience." Musical Criticism, Edinburgh International Festival
"Showing a maturity beyond her 21 years, Lily Maisky was an equal partner in a gritty and thrilling performance." The Scotsman
"... The single performance that really caught fire was that by Mischa and Lily Maisky, of Shostakovich's Cello Sonata in D minor." The Sunday Times
"Mischa and his daughter Lily, who is evidently a true musician, made music with deeply felt intimacy, in full agreement, and with the ideal magic of sound carried by common breathing. Two serious master musicians were to be admired." Die Welt
"As an experienced, sensitive but independent young pianist, Lily Maisky presented herself in Munich’s Prinzregententheatre as highly talented. One couldn’t imagine a more homogeneous duo. It was a through and through musical relationship, they inspired each other and even more often, they agreed with each other unspoken." Süddeutsche Zeitung
"... But even the pieces on which Argerich doesn't appear are superb, especially Shostakovich's "Piano Trio No. 1" with pianist Lily Maisky, violinist Alissa Margulis, and cellist Mischa Maisky." All Music Guide, referring to an EMI release of Progetto Martha Argerich.