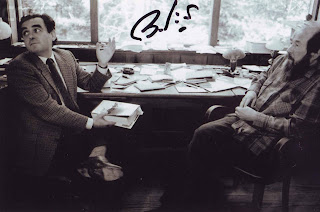 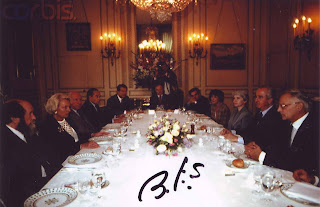 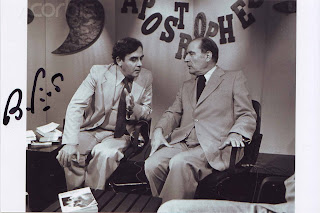 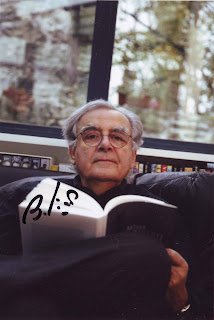 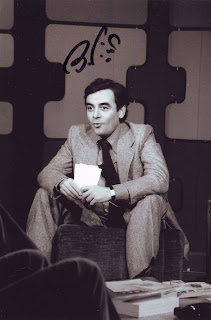 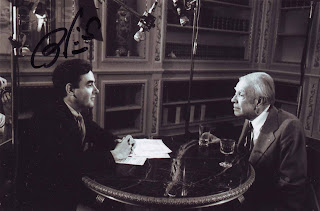 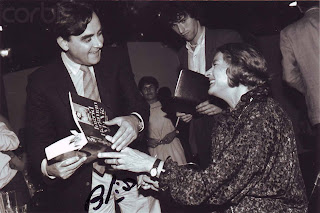 Bernard Pivot, OC, CQ (born 5 May 1935) is a journalist, interviewer and host of French cultural television programmes. He is a member of the Académie Goncourt.
Pivot was born in Lyon, the son of grocers. During World War II, his father, Charles Pivot, was taken prisoner and his mother moved to the family home to the village of Quincié-en-Beaujolais, where Bernard Pivot started school.
In 1945 his father was released, and the reunited family returned to Lyon. At age 10, Pivot went to a Catholic boarding school and discovered a consuming passion for sport, a passion which helped teachers to overlook his general mediocrity in all traditional school subjects except French language and history.
After starting studies in law in Lyon, Pivot entered the Centre de formation des journalistes (CFJ) in Paris, where he met his future wife, Monique. He graduated second in his class.
After an internship at "Le progrès" in Lyon, he studied economic journalism for a full year, then joined the Figaro littéraire in 1958.
In 1970, he hosted a daily humorous radio programme that often raised political issues, which was not appreciated by Georges Pompidou.
In 1971, the Figaro littéraire closed and Pivot joined Le Figaro. He left, however, in 1974 after a disagreement with Jean d'Ormesson. Jean-Jacques Servan-Schreiber invited him to start a new project, which led to the creation of a new magazine, Lire, a year later.
Meanwhile, in April 1973 he had started hosting a programme called Ouvrez les Guillemets on France's first TV network. In 1974, the ORTF was dissolved and Pivot started his Apostrophes programme. Apostrophes was first broadcast on Antenne 2 on January 10, 1975, and ran until 1990.
Pivot then created Bouillon de culture, whose scope he tried to broaden beyond books. He eventually came back to books, however.
On April 10, 2008 Pivot was made an honorary member of the Order of Canada.