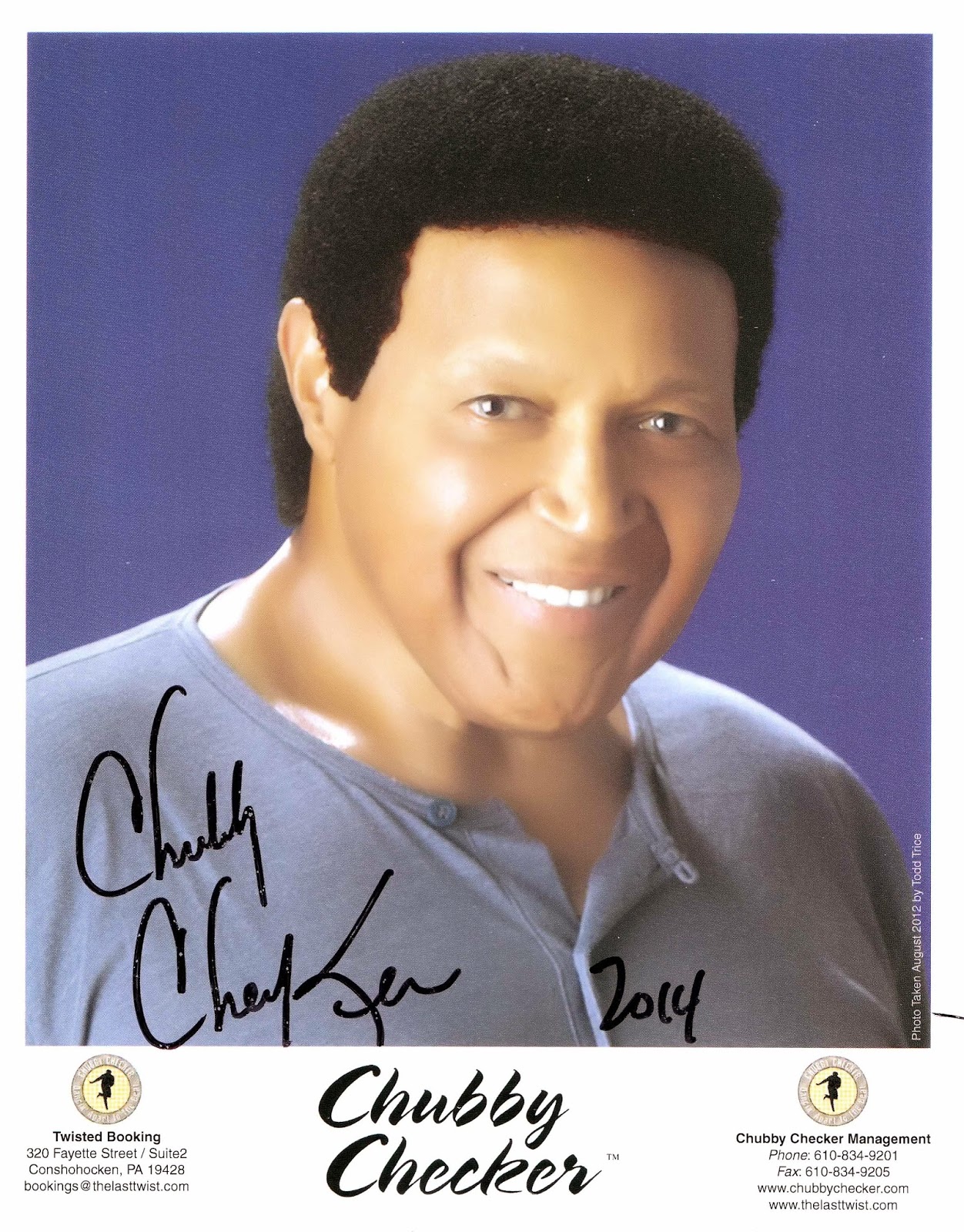 He also recorded a psychedelic album in the early '70s that was initially only released in Europe. Originally the album was namedChequered!, but was renamed New Revelation in later releases. To this day, Checker dislikes talking about the album.


Checker had a single at #1 on Billboard's dance chart in July 2008 with "Knock Down the Walls". The single also made the top 30 on the Adult Contemporary chart. He continues to perform on a regular basis.
In 2009, Checker recorded a public service announcement (PSA) for the Social Security Administration to help launch a new campaign to promote recent changes in Medicare law. In the PSA, Checker encourages Americans on Medicare to apply for Extra Help, "A new 'twist' in the law makes it easier than ever to save on your prescription drug plan costs."
On February 25, 2013, Checker released a new single, the inspirational ballad "Changes," via iTunes; it was posted on YouTube on April 28, 2013, and by mid-July had amassed over 26,000 views. He performed it on July 5, 2013, on a Morning Concert on NBC's Today show. Unlike his dance and novelty records, the song showcased Checker as a serious singer.
In 2002, Chubby Checker protested to the Rock and Roll Hall of Fame that his hit "The Twist" was not receiving sufficient airplay, claiming that "Peppermint Twist receives more airplay". Seymour Stein, president of the Rock Hall's New York chapter and member of the nomination committee, claimed "I think that Chubby is someone who will be considered. He has in certain years."
In 2013, Checker sued HP over a WebOS application with the same name. The application, before being pulled in September 2012, was used to unscientifically estimate penis size from shoe size. The district court said that Checker's trademark claim survived Hewlett-Packard's motion to dismiss, but his other claims were dismissed per Section 230 of the Communications Decency Act.
Chubby performed as well as appeared as a version of himself in Twist Around the Clock (1961) and Don't Knock the Twist (1962). In both films he provided advice and crucial breaks for the protagonist.
He later appeared as himself in the 1989 Quantum Leap episode entitled "Good Morning, Peoria" where he walks into a radio station in 1959 hoping to have his demo record played on the air. The show's main character, Dr. Sam Beckett (Scott Bakula) convinces the station owner to play the song "The Twist", inadvertently teaching Chubby himself how to do The Twist.
In 2001 he again guest-starred as himself singing "The Twist" in season 4 of Ally McBeal.
In 2008 Chubby Checker's "The Twist" was named the biggest chart hit of all time by Billboard magazine. Billboard looked at all singles that made the charts between 1958 and 2008. He was also honored by Settlement Music School as part of the school's centennial celebration and named to the Settlement 100, a list of notable people connected to the school.
Checker received the prestigious Sandy Hosey Lifetime Achievement Award on November 9, 2013 from the Artists Music Guild. Checker was the host of the 2013 AMG Heritage Awards and was given the honor during the television broadcast. The award was presented to him by long time friend Dee Dee Sharp.
On 12 December 1963 he, by then a millionaire at 22 years old, proposed marriage to Catharina Lodders, a 21-year-old Dutch model and Miss World 1962 from Haarlem, the Netherlands. Checker said he met Miss Lodders in Manila the prior January. They were married on 12 April 1964 at Temple Lutheran Church in Pennsauken, NJ. Their first child, Bianca Johanna Evans, was born in a Philadelphia hospital on 8 December 1966 at 12:36 am weighing 7 pounds, 14 ounces.