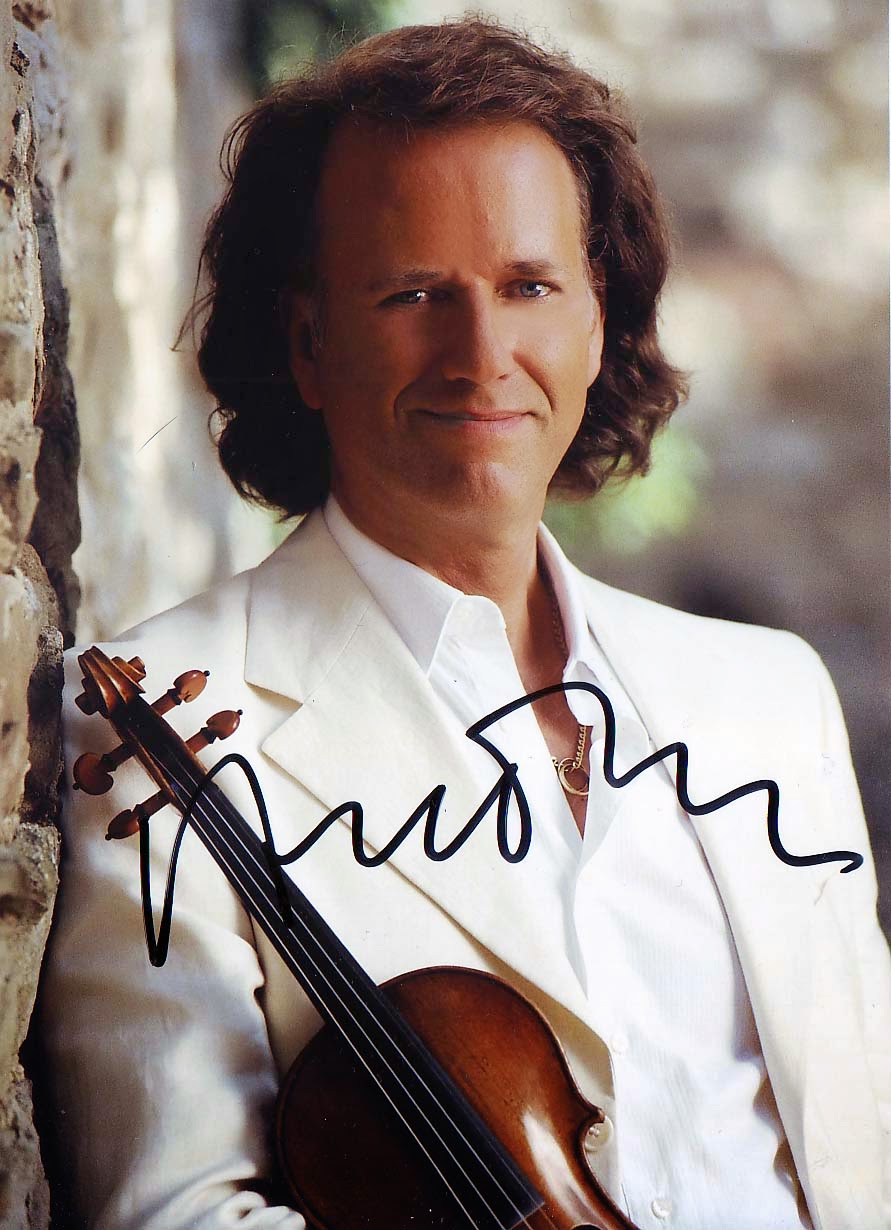 André Léon Marie Nicolas Rieu (born 1 October 1949) is a Dutch violinist and conductor best known for creating the waltz-playingJohann Strauss Orchestra. Rieu and the Johann Strauss Orchestra have turned classical and waltz music into a worldwide concert touring music act, as successful as some of the biggest global pop and rock music acts. 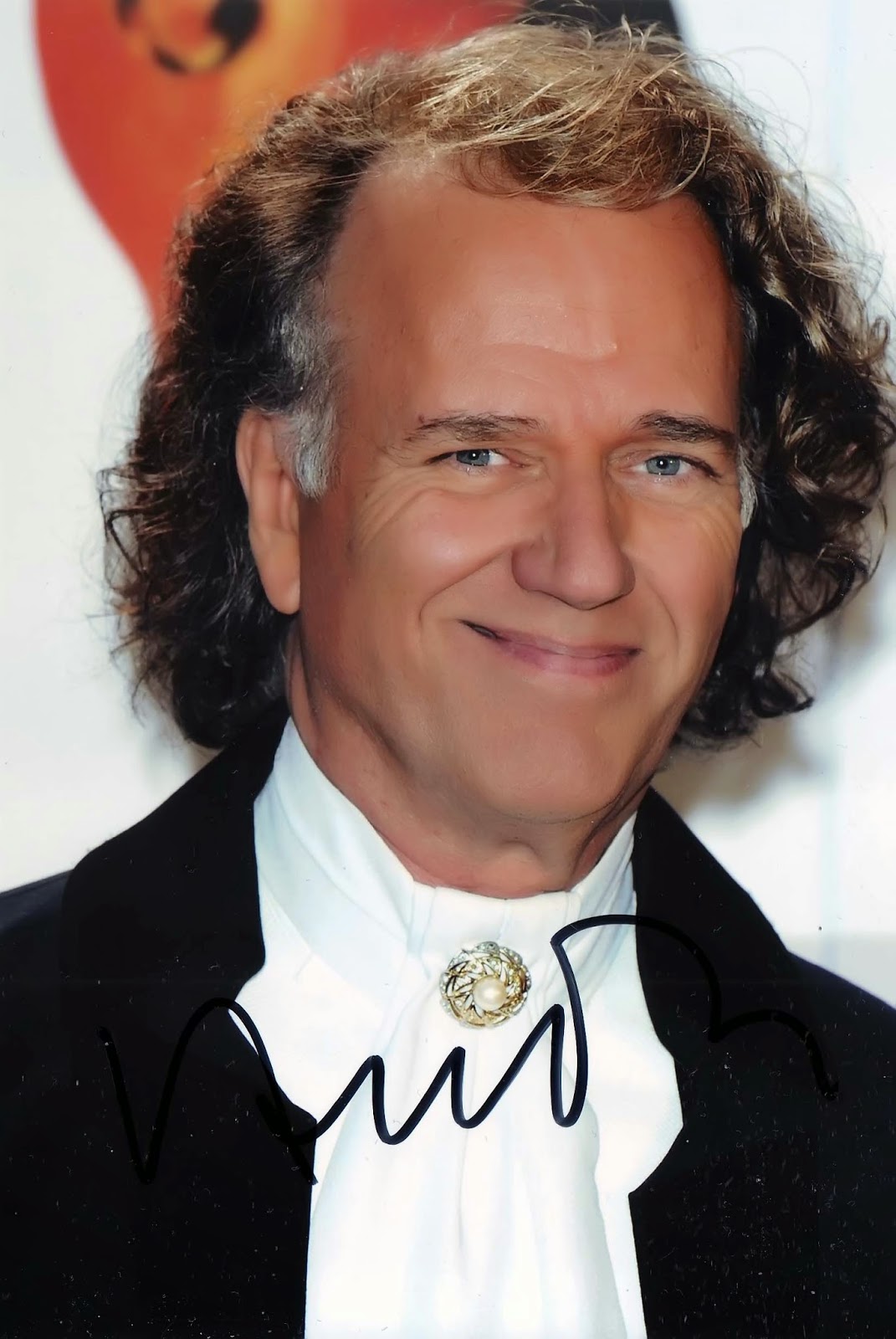 The name Rieu is of French Huguenot origin. He began studying violin at the age of five. His father, of the same name, was conductor of the Maastricht Symphony Orchestra. From a very young age he developed a fascination with orchestra. He studied violin at the Conservatoire Royal in Liège and at the Conservatorium Maastricht, (1968–1973). His teachers included Jo Juda and Herman Krebbers. From 1974 to 1977, he attended the Music Academy in Brussels, studying with André Gertler, finally receiving his degree "Premier Prix" from the Royal Conservatory of Brussels.

At university he performed the Gold And Silver Waltz by Franz Lehár. Encouraged by the audience reaction he decided to pursue the waltz form. Rieu formed the Maastricht Salon Orchestra and performed as a violinist with the Limburg Symphony Orchestra. In 1987, he created the Johann Strauss Orchestra and his own production company. Since then, his melodramatic stage performances and rock-star demeanor have for some been associated with a revival of the waltz music category. André Rieu plays a 1667 Stradivarius violin.
In September 2007 Rieu performed in Australia for the first time solo, without his Orchestra at the Sandringham Hotel, in the Melbourne bayside suburb of Sandringham playing "My Way" and "Waltzing Matilda"—and the next day appeared at Sydney's Arena Cove, Warringah Mall Shopping Centre with the same set. In April 2009, he made a cameo appearance as himself on "Ramsay Street" in the long-running Australian soap opera Neighbours.
In April 2013 Rieu and his Johann Strauss Orchestra performed an open-air Coronation Concert in Amsterdam on the Museumplein.
In 2013, Rieu released a CD entitled "Music of the Night". 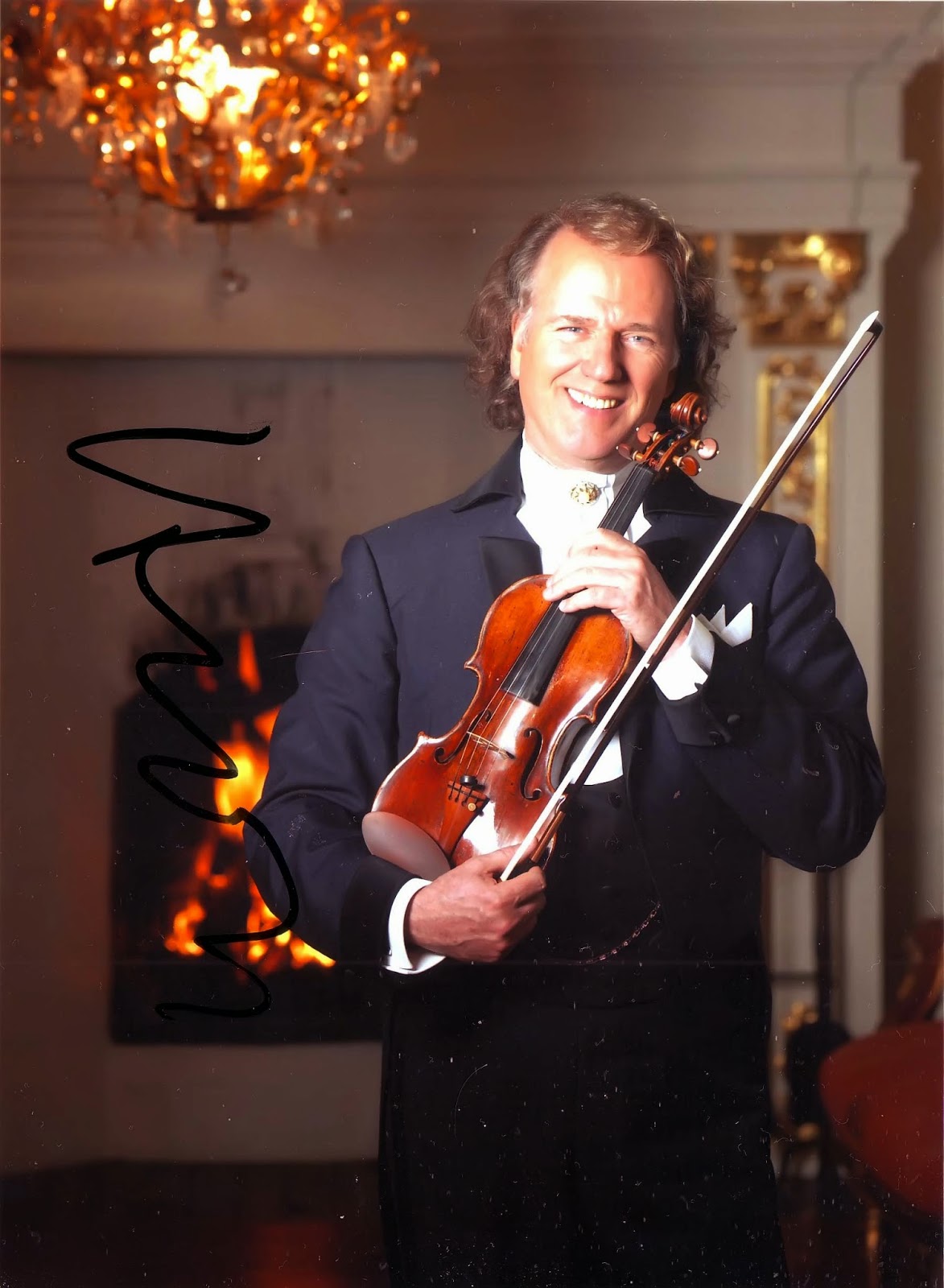 The Orchestra began in 1987 with 12 members and the first concert was given on 1 January 1988. It now performs with between 80 and 150 musicians. At the time the Orchestra first toured Europe, a renewed interest in waltz music emerged in the continent. The revival began in the Netherlands and was ignited by their recording of the Second Waltz from Shostakovich's Suite for Variety Orchestra. As a result, Rieu became known as the "Waltz King".
Rieu and his orchestra have performed throughout Europe, North and South America, and Japan. Winning a number of awards including two World Music Awards, their recordings have gone gold and platinum in many countries, including 8-times Platinum in the Netherlands.
He records both DVD and CD repertoire at his own recording studios in Maastricht in a wide range of classical music as well as popular and folk music, plus music from well-known soundtracks and musical theatre. His lively orchestral presentations, in tandem with marketing, have attracted worldwide audiences to this subgenre of classical music.
In recent years André Rieu and the Johann Strauss Orchestra have taken classical and waltz music on worldwide concert tours, the size and revenue of which are otherwise only seen from pop and rock music acts. In 2008 Rieu’s extravagant tour featured a full size reproduction of Empress Sisi’s Castle, the biggest stage ever to go on tour at that time. During the first half of 2009, André Rieu was the world’s most successful male touring artist, according to Billboard magazine.
One of the channels of the BSkyB group, Sky Arts 2 in the UK, was renamed as Sky Arts Rieu in his honour. Between 30 March and 14 April 2013 Sky Arts Rieu broadcast Rieu concerts and documentaries 24 hours per day.
Eamon Kelly, writing in The Australian newspaper, in an article that discusses the controversy that Rieu engenders, said: "He depicts his critics as members of a stuffy musical elite with narrow aesthetic tastes, yet regularly demeans in interviews music that is not to his taste and classical musicians who choose not to perform in his manner."
Of Rieu's popularity and the debate in the media over criticism of him, Eamon Kelly says: "It is disappointing to see professional journalists indulging in cheap, inaccurate stereotypes to dismiss criticism of Rieu." But he goes on to add: "Equally misguided are those who cursorily dismiss Rieu. Rieu's live and recorded performances have brought joy to millions of people. Few in his audiences are regular classical music attendees and it could be seen as promising that, via Rieu, they are listening to standards of the classical canon. The fact that Rieu's focus is on highly accessible, enjoyable repertoire is not an argument against his musical credentials."
Eamon Kelly further adds, after hearing the orchestra perform, that there is "no cause" for Rieu's boast his orchestra was "superior to the many other orchestras that specialise in ... Viennese and popular classical repertoire." Additionally, he found that in musical terms "the performance did not surpass playing standards in Australia's major symphony orchestras". He did add that the "oboist, Arthur Cordewener, provided the most impressive musical performance with a sublime introduction to an otherwise unremarkable performance of [Ravel's] Boléro."
David Templeton, writing in the magazine All Things Strings says:

Ironically, it is Rieu’s own success that has earned him a horse-drawn carriage full of criticism, a pot-shot laden backlash aimed chiefly at the calculated emotionalism and theatrical flourishes of his performances, which, according to many, only cheapen the classical-music experience. Classical radio stations avoid his music as they might avoid a leper in the mall, though—let’s just say it plain and clear—Rieu is a superb violinist.

Chris Boyd, a critic writing for Melbourne's Herald Sun newspaper, finds that he could not give a general criticism of the playing of Rieu, as, except for "a clean and lyrical solo inWaltzing Matilda", his main stage function was apparently "blarney and delegation". However, Boyd also comments that the quality of the artists that Rieu works with is "extraordinary". Boyd assesses the low points of the concert as the "Three Tenors-style" rendition of "Nessun dorma" which he finds was an "abomination", while saying the concert's highlights included "a sugar-shock sweet rendition" of "O mio babbino caro" as well as Strauss's Emperor Waltz and Blue Danube, Clarke's Trumpet Voluntary and theBoléro.
André has been married to Marjorie Rieu (1951) since 1975 and they have two sons, Marc (1978) and Pierre (1981). Marjorie Rieu works with her husband full-time as production manager. She studied German and Italian, film science, French literature and writes children’s books. Apart from Dutch (including his native Limburgish) Rieu also speaks (in order of fluency) English, German, French, Italian and Spanish.
In April 2014, André sought advice from a Swiss osteopathic surgeon for complaints of severe neck pain, similar to a repetitive strain disorder.