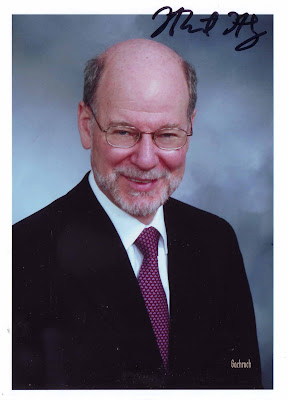 Howard Robert Horvitz (born May 8, 1947) is an American biologist best known for his research on the nematode worm Caenorhabditis elegans.
Horvitz did his undergraduate studies at MIT in 1968, where he joined Alpha Epsilon Pi. He obtained his PhD in Biology from Harvard University in 1974.
He is currently at the Massachusetts Institute of Technology where he is Professor of Biology and a member of the McGovern Institute for Brain Research. He is also an Investigator of the Howard Hughes Medical Institute.
He currently serves as the chair of the board of trustees for Society for Science & the Public.
Horvitz is a member of the USA Science and Engineering Festival's Advisory Board.
In 2000 he received the Louisa Gross Horwitz Prize from Columbia University. That year he was also awarded the March of Dimes Prize in Developmental Biology. Horvitz shared the 2002 Nobel Prize in Physiology or Medicine with Sydney Brenner and John Sulston. In 2009, he was named a Foreign member of the Royal Society.