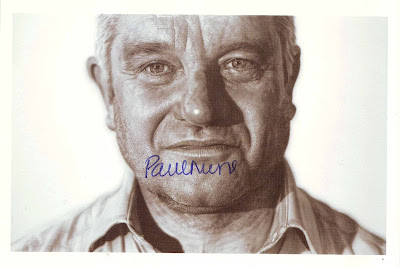 Sir Paul Maxime Nurse, PRS PhD born 25 January 1949, is a British geneticist and cell biologist. He was awarded the 2001 Nobel Prize in Physiology or Medicine with Leland H. Hartwell and R. Timothy Hunt for their discoveries of protein molecules that control the division (duplication) of cells in the cell cycle.
When cells with nuclei divide, they divide in phases called G1 (growth), S (synthesis), G2 (growth), and M (mitosis). Nurse, Hartwell and Hunt together discovered two proteins, cyclin and CDK (cyclin dependent kinase), that control the transition from one stage to another. These proteins are called checkpoints, because they check whether the cell has divided properly. If the cell doesn't divide correctly, other proteins will attempt to repair it, and if unsuccessful, they will destroy the cell. If a cell divides incorrectly and survives, it can cause cancer and other serious diseases.
Working in yeast, Nurse identified the gene cdc2, which controls the transition from G1 to S, when the cell grows in preparation for the duplication of DNA, and G2 to M, when the cell divides. Nurse also found the corresponding gene, CDK1, in humans. These genes stop and start cyclin dependent kinase (CDK) by adding or removing phosphate groups.
Nurse is the current President of the Royal Society and Chief Executive and Director of the Francis Crick Institute.
Nurse believes that scientists should speak out about science in public affairs and challenge politicians who support policies based on pseudoscience.