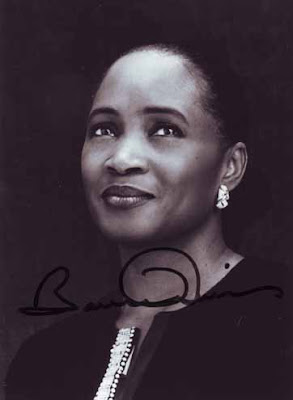 Barbara Hendricks (born November 20, 1948) is an African American operatic soprano and concert singer. Hendricks has lived in Europe since 1977, and in Switzerland on Lake Geneva since 1985. She is a citizen of Sweden.
Hendricks was born in Stephens, Arkansas. She graduated from the University of Nebraska–Lincoln with a bachelor's degree in mathematics and chemistry at the age of 20. She then attended Juilliard School of Music in New York, where she studied with mezzo-soprano Jennie Tourel and participated in master classes led by soprano Maria Callas. She graduated with a bachelor's degree in music.
In 1974, Hendricks made her professional operatic debut in Europe at the Glyndebourne Festival and in America at the San Francisco Opera. During her career, she has appeared at major opera houses throughout the world, including the Opéra National de Paris, the Metropolitan Opera, the Royal Opera House, Covent Garden, and La Scala. In 1998 she sang Liu in the historical performance of Turandot at the Forbidden City in Beijing. Hendricks has performed more than twenty roles, twelve of which she has recorded. 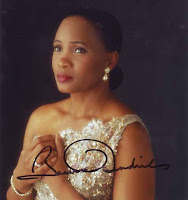 Hendricks has appeared on film as Mimì in La bohème, and in 1995 she sang the role of Anne Truelove in the Swedish film Rucklarens väg, an adaptation of Stravinsky's opera The Rake's Progress. In 2007, she appeared in the film Disengagement by Amos Gitai and starring Juliette Binoche. She also recorded Mahler's Das Lied von der Erde which is the main theme for the film.
Hendricks also performs jazz music and made her jazz debut at the Montreux Jazz Festival in 1994. Since that time, she has performed at major jazz festivals around the world. Hendricks is also known for her love of chamber music and has organized a number of chamber music festivals.
In 2004, at the Théâtre du Châtelet in Paris, she created the role of Angel in the world premiere of Péter Eötvös' opera Angels in America, after the play by Tony Kushner.
In January 2006, she left EMI, and created the new label Arte Verum for which she records exclusively.
Hendricks has dedicated much of her life to the plight of refugees and has been a long-time supporter of the United Nations High Commissioner for Refugees. She was named UNHCR Goodwill Ambassador in 1987 and performs special tasks for that organization.
Since 2000, she has been a member of the Council of the Foundation for the Refugee Education Trust. The RET is dedicated to post-primary education of refugee youth all over the world.
In 1991 and 1993 Hendricks gave two concerts in the war-torn formerly Yugoslavian cities of Dubrovnik and Sarajevo. In 1998 she founded the Barbara Hendricks Foundation for Peace and Reconciliation, which seeks to facilitate reconciliation where conflicts have already occurred.
In 2001 she performed at the Nobel Prize ceremony in Oslo, Norway, at the invitation of Nobel Peace Prize Laureate Kofi Annan. In May 2002, she performed at the East Timor Independence Day Ceremony.