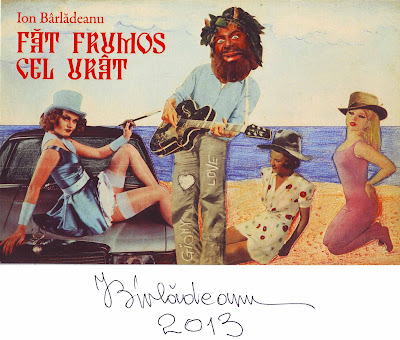 Ion Barladeanu (born 1946 in Zapodeni, Vaslui county, Romania) pop art artist.
Ion Barladeanu is born in 1946 in the village Zapodeni, Vaslui county. He escaped his native village at 20, and during the communist regime he tried all possible jobs. Starting in the Danube Delta, he worked as a docker in Constanta. In Bucharest he was a grave digger, wood cutter, guardian or simple worker at the People’s Palace. After 1989 he had marginal ways to earn his living, sorting, like a free lancer, the garbage of a bloc on Calea Mosilor. For more than 30 years, Ion Barladeanu selected and cut images from magazines and realized more than 1 000 collages. From 2008, he is represented by H’Art Gallery, and his works have started an international career, being exhibited in London, Copenhagen, Basel, Paris.